As we know, EMI means Electromagnetic Interference and EMC stands for Electromagnetic compatibility. Both have become very vital for product development companies across the world. Electronic products and equipments developed by companies should meet EMI/EMC limits finalized by standard bodies before the products are actually launched to the market for the user. If proper guidelines are followed by manufacturers at design stage then the product will pass the EMI/EMC tests at the initial trial itself. Some manufacturers use emi/emc compliant components in the design that helps a lot.If the same is not considered initially, than lot of re-work need to be carried out at later stage to meet the EMI/EMC specification tests.Following are the basic difference between EMI and EMC. The designer need to consider specific industrial or military standards for the product under development.As mentioned for any manufactured device EMI and EMC levels need to be verified. For this EMI and EMC testing is very much necessary. 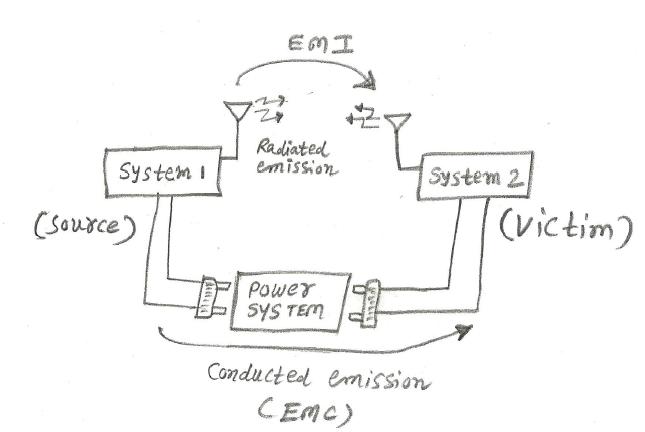 EMI(ElectoMagnetic Interference)
Each device radiates some EM waves, which causes problem for another nearby RF/wireless system. This is called EMI. This EMI level radiated by device should be within limit so that nearby systems function properly.

EMC(Electromagnetic Compatibility)
Each device generates electric noise which passes through cables/wires and cause problem for another device connected with the same electric system. This conducted emissions(transients/ripples) should be within limit for proper functioning of the another device/system. This is called as EMC level.

Low price is not equal to low-end.

Which Cree LED we use?