Home  > Knowledge  >  The Knowledge About CE Certification and RoHS

The Knowledge About CE Certification and RoHS

The CE marking (also known as CE mark) is a mandatory conformity mark on many products placed on the single market in the European Economic Area (EEA). The CE marking certifies that a product has met EU consumer safety, health or environmental requirements.
The following is an excerpt from the European Commission's site:
By affixing the CE marking to a product, a manufacturer declares, on his sole responsibility, that the product meets all the legal requirements for the CE marking, which means that the product can be sold throughout the European Economic Area (EEA, the 27 Member States of the EU and European Free Trade Association (EFTA) countries Iceland, Norway, Liechtenstein). This also applies to products made in other countries which are sold in the EEA. 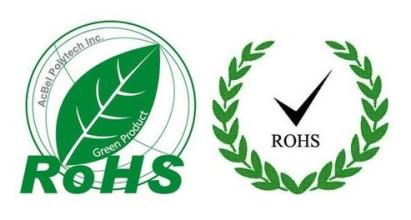 The Restriction of Hazardous Substances (RoHS) Directive 2011/65/EU restricts the use of certain hazardous
substances in electrical and electronic equipment sold in Europe effective January 2, 2013. This Directive will
ban the placing on the EU market of new electrical and electronic equipment containing more than agreed
levels of lead, cadmium, mercury, hexavalent chromium, polybrominated biphenyl (PBB) and polybrominated
diphenyl ether (PBDE) flame retardants.
All RoHS-compliant parts have less than or equal to the maximum concentration of 0.1% by weight in homogeneous
materials of lead, hex chrome, mercury, PBB, PBDE and 0.01% for cadmium, or qualify for an exemption to
the above limits as defined in the Annex of the RoHS Directive.